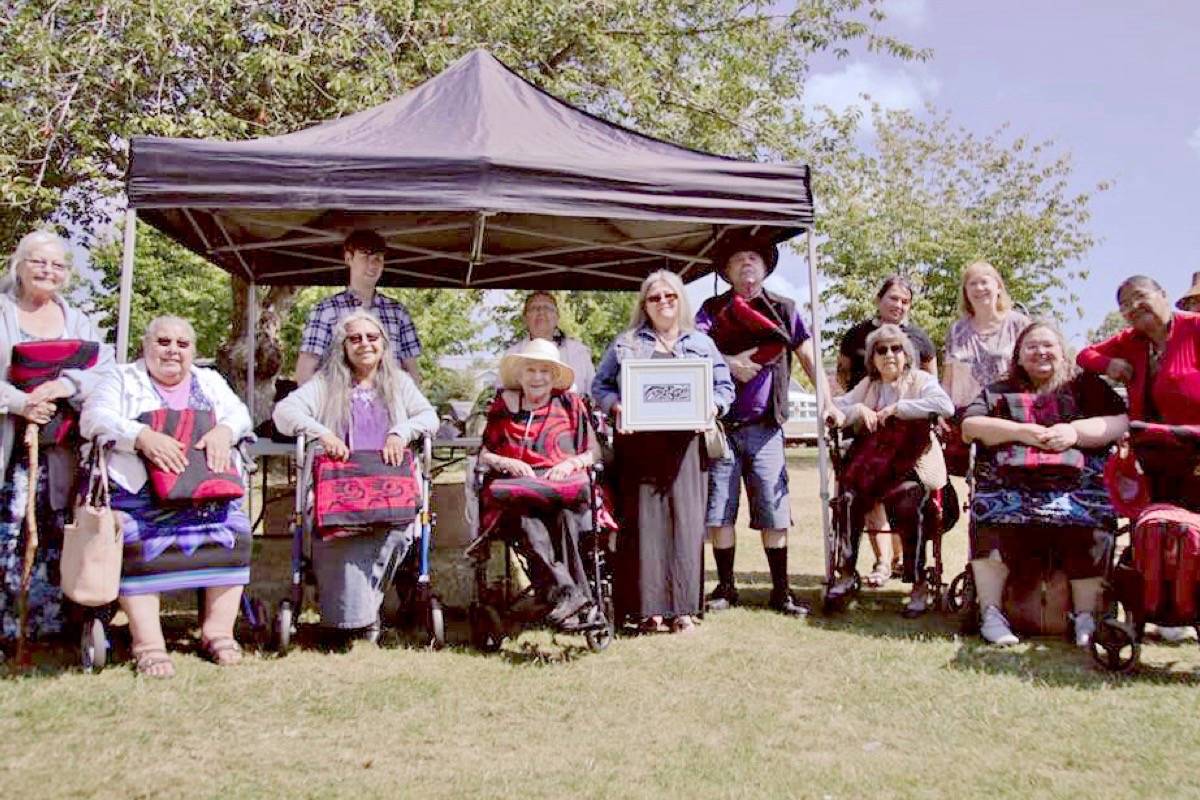 Two recipients have been recognized for their “long-standing leadership and exceptional dedication to the urban Indigenous and Métis community in Surrey,” according to the Surrey Urban Indigenous Leadership Committee.

The 2019 award recipients are Surrey Aboriginal Group of Elders (SAGE) and Kwantlen First Nation Chief Marilyn Gabriel, along with her husband Kevin Kelly and one of her eight children Michael Kelly Gabriel.

SAGE, according to a release from SUILC, states the group has been working together for the past five years to “advocate on behalf of the health of elders in Surrey, support each other and represent the urban elder population.”

SUILC said elders at SAGE “share their wisdom and provide guidance” to members of the urban Indigenous community in Surrey through participating in programs and activities.

Some of the SAGE members sit as “Star Elders” with the Ministry of Children and Family Development’s Circle 5, “supporting culturally appropriate care for Indigenous children and families.”

The release also states that SAGE elders have been an “integral part” of Skookum Lab, which is “one of the first Indigenous social innovation labs in North America.”

Marilyn Gabriel is the hereditary chief of Kwantlen First Nation, and her traditional name is Stakwsan. She holds an honorary doctorate of laws from Kwantlen Polytechnic University, and has been Kwantlen First Nation council member since 1989 and a chief since 1993, states the release from SUILC.

“Chief Gabriel, Kevin and Michael have shown a strong commitment to the urban Indigenous community in Surrey. In particular they have shown strong compassion and support for Indigenous youth, including hosting youth at Kwantlen to connect them to Indigenous culture,” according to the committee.

The Gabriels, SUILC said, often welcome people into the Kwantlen territory at events throughout Surrey.

“They have a deep commitment to sharing their cultural traditions and teachings with the broader Surrey community,” the release states. “Chief Gabriel, Kevin and Michael always speak from the heart, with respect, and a strong sense of connection to land, culture and people.”