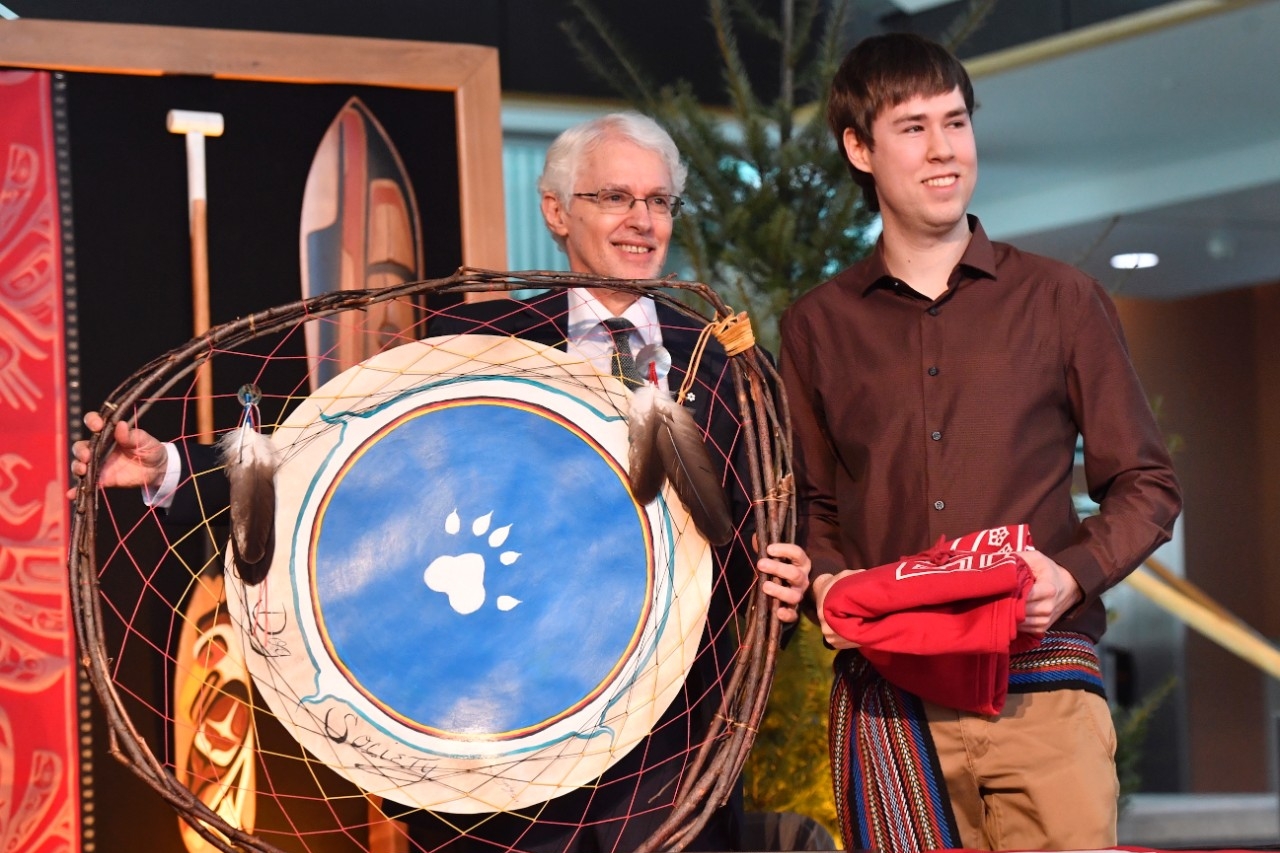 Simon Fraser University and the Surrey Urban Indigenous Leadership Committee (SUILC) have entered into a partnership to promote and support the academic, research and community engagement needs and interests of the region’s growing urban Indigenous peoples.

The Collaborative Relationship Agreement builds on SFU’s commitment to urban First Nations, Métis, and Inuit peoples in Surrey, and the SUILC’s goal of adv

The agreement sets the stage for further work to support and increase Indigenous student participation in SFU courses and programs, to promote academic and research initiatives that engage and benefit the urban Indigenous community, and to develop opportunities for the university to engage with urban Indigenous peoples in Surrey.

The agreement was signed today by SUILC co-chair Keenan McCarthy, president of the Nova Metis Heritage Association, and SFU President and Vice Chancellor Andrew Petter during a ceremony at the Surrey campus.

"The signing of the Collaborative Relationship Agreement is a testament to our collective desire to make Surrey a better place for our Indigenous community," said McCarthy, who is also a student at SFU.

“SFU is honoured to be entering into this collaboration agreement with SUILC,” said Petter. “By working together, we can make an important contribution to advancing the process of reconciliation between Indigenous and non-Indigenous peoples in Surrey.”

Over the past year, SFU’s Surrey campus administrators have connected with SUILC members to determine how the university can contribute to its work in Surrey, home to the highest proportion of urban Indigenous youth in B.C.

“This signing marks a significant milestone in the ongoing SFU-SUILC relationship, and will help to shape and inform the paths we travel together in support of the region’s Indigenous communities,” said Steve Dooley, executive director of the Surrey campus. 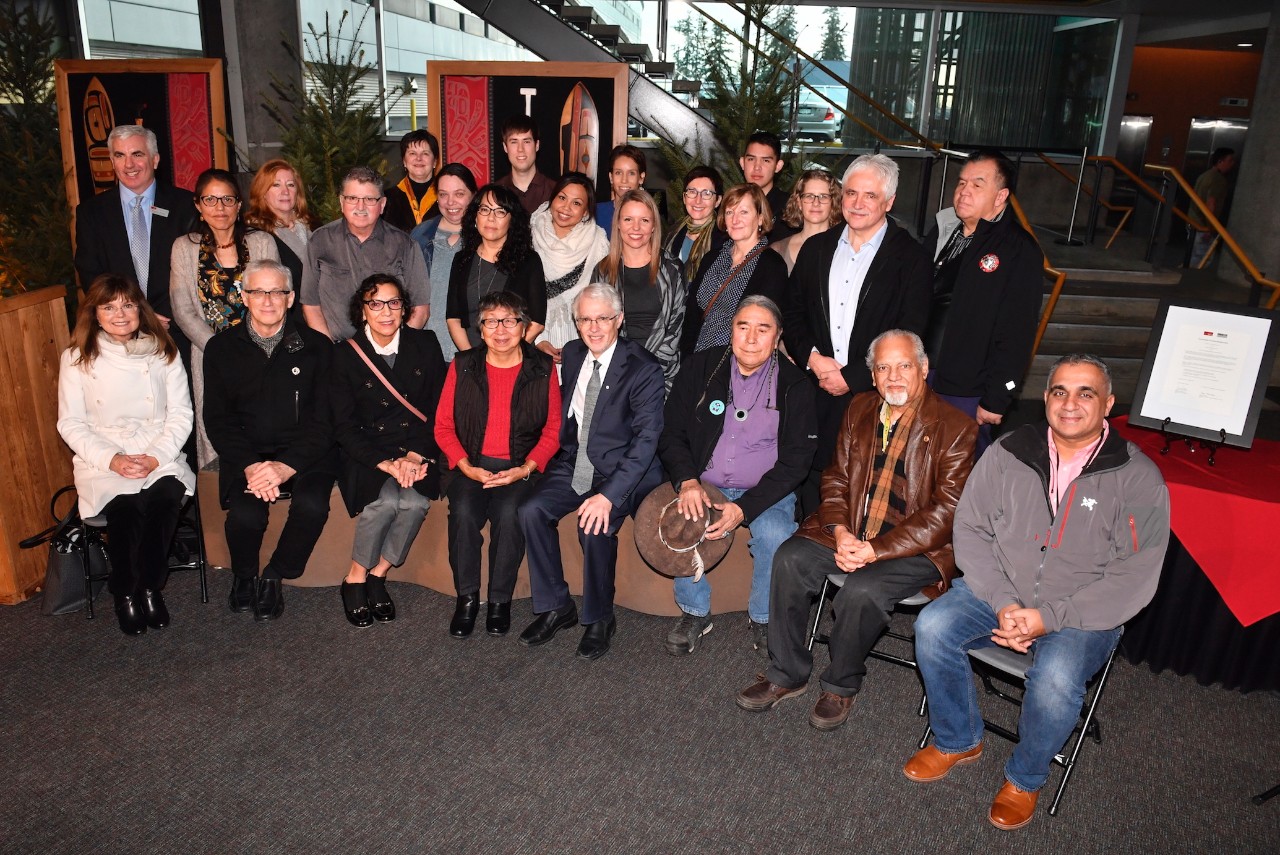 The agreement signing followed a traditional welcome by Kevin Kelly and Michael Kelly Gabriel from the Kwantlen First Nation. Guests also participated in a drumming café and Skookum Lab. The lab is an SUILC-led, social innovation project involving culture-based activities aimed at making Surrey “a great place” for Indigenous children and youth. The word “Skookum” is believed to mean strong or brave.

The SUILC was formed in 2015 to be the collective voice of Surrey’s nearly 14,000 Indigenous people. The city has one of the largest urban Indigenous populations in Metro Vancouver.

The collaboration agreement reflects SFU’s commitment to respect Aboriginal peoples and cultures, and responds to the work of the SFU Aboriginal Reconciliation Council (ARC). The ARC report, Walk This Path With Us, called upon the university to support Indigenous students while respecting Indigenous knowledge and strengthening ties with Indigenous peoples and communities.

Click here to view the original article on SFU News.