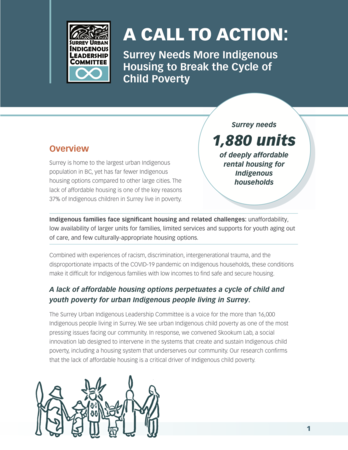 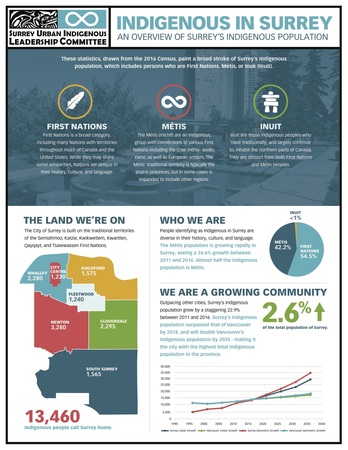 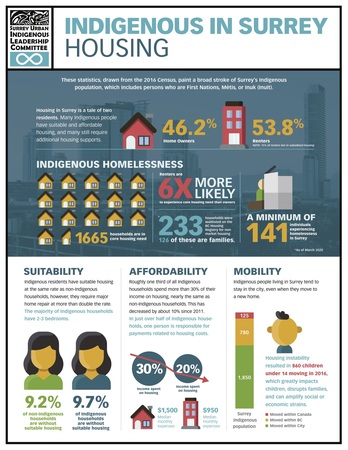 A Profile Summary of the Indigenous Population in Surrey 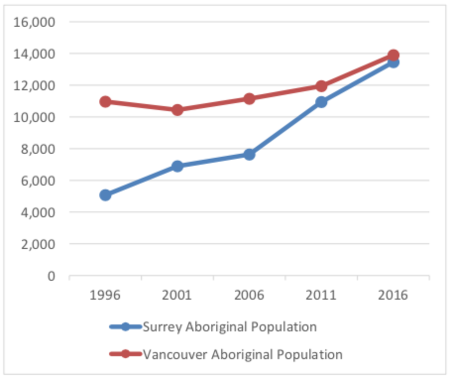 Recently, we updated the profile to include statistics from the 2016 Census. Here are some key takeaways from the updated profile:

The population is large

In 2016, 13,460 Indigenous people were living in Surrey. That same year, the Indigenous population in Vancouver and Surrey were almost equal . The significant difference is that between 2011 and 2016, the average annual growth rate in Surrey has been 4.9%, whereas it has only been 1.2 % in Vancouver.

Based on this growth rate, we are confident that Surrey is now the largest Indigenous community in BC and will be twice as large as Vancouver within the next 25 years.

The population is diverse

55% of the Indigenous population in Surrey is First Nations. That 55% comes from all over BC and Canada, representing many different Nations, cultures, and languages. 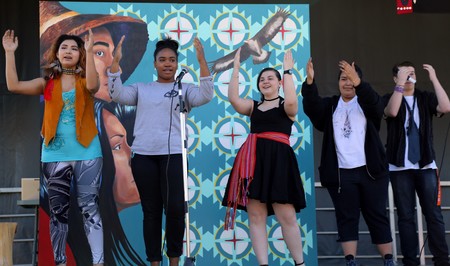 Plus, just over 45% of the Indigenous population are Métis. By far, the Métis are the largest cultural group represented in these numbers. And yet, the Métis are often battling for recognition and space.

Another factor when considering the diversity of Indigenous experiences in Surrey is to recognize that Indigenous people live in neighbourhoods throughout Surrey. North Surrey is home to many Indigenous Surrey residents…but so is Newton , Cloverdale, and South Surrey.

The population is young

Some people are doing relatively well

While we celebrate the success that some Indigenous people are having in Surrey, we also need to recognize that some people are very challenged to make a home and a life in Surrey.

For additional information on a range of socio-economic indicators, check out the 2016 Profile of the Indigenous Population in Surrey. 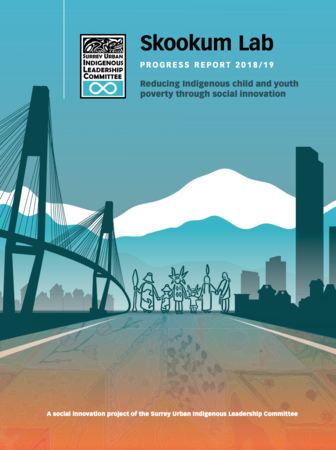 All Our Relations Strategy