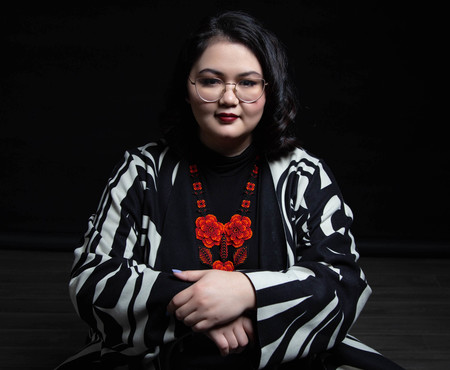 SURREY, December 01, 2022 – Samantha Jack is an Indigenous woman from the Nuu Chah Nulth and Yale First Nation and grew up on the unceded Coast Salish territories of Kwantlen, Katzie, Semiahmoo, Kwikwetlem, Qayqayt and Tsawwassen Peoples. She has a background in political science from Kwantlen Polytechnic University and Harvard University, where she briefly studied. Growing up in Surrey, Samantha wants to give back to her community and provide support for all urban Indigenous people living in Surrey as co-chair of SUILC.

Samantha initially joined SUILC as a youth representative from Kwantlen Polytechnic University.  Her advocacy for youth became an asset to the work of SUILC, especially in the many community engagement sessions she attended. SUILC invited her to sit as co-chair when Keenan McCarthy stepped down.

Youth empowerment and engagement have held a special place in Samantha’s journey in leadership. Samantha’s priority as co-chair is reaching out to inspire and support other urban Indigenous youth in Surrey. Samantha also engages in decolonial and reconciliatory work with different organizations as an associate consultant with Len Pierre Consulting.

Her commitment and desire to work with the urban Indigenous community are inspired by other urban Indigenous leaders including Len Pierre, Chief Raymond ‘Rocky’ Wilson, Kachina Melinda Bige, Jeska Slater, Ravina Morgan, Rhiannon Bennett, and many others. Samantha is also continuously inspired by her family, Donald Gatley and Glenna Borsuk. Samantha will continue to expand her knowledge and create positive change in her community.

“In my role as co-chair, I hope to encourage and establish transformative action that allows all members of the Indigenous community to thrive in Surrey. I hope to advise our allies to actively work towards reconcili-action, decolonization, and community prosperity beyond performativity and towards deeply meaningful and intentional relations,” -- Samantha Jack, co-chair of SUILC